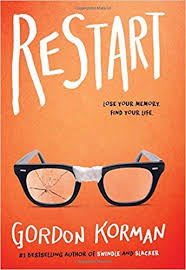 Chase does not remember falling off the roof, in fact he does not remember anything about himself, and when he gets back to middle school he begins to learn who he was through the reactions of the other kids–trouble is, he really is not sure he likes the Chase that is being revealed, but can he take the opportunity amnesia has provided and restart his life?

This book was really interesting. I know I say that a lot that is just the only way to describe this book. The bullying aspect was my favorite part of this yet I think that it was the least well done. Otherwise, the characters were well done and the plot was very interesting. Want to know more? Then read on.

I hoped that we would get a diverse group of middle school kids and they’d be awesome but that didn’t happen. Instead we got, I think because the author never went into any detail about this, a bunch of white kids being mean to each other. Wonderful. There were also some of the popular kids are always bullies trope that I hated. But I think that I’m focusing on the negative aspect of this. The video kids were awesome. They were super supportive of each other, including Chase(sort of). They were what I want the world to be like. Even if standing up to the bullies was really hard(and they didn’t really do it) they also didn’t stop. I’m pretty sure I would’ve.

My favorite character in this was Soshanna. She was really strong and the only one willing to stand up to the bullies. I loved how interesting she was. In the beginning she hated Chase for what he and his friends did to her brother, Joel, but then she realized that he wasn’t the same person after falling off that roof. It was really impressive to read about her character arc. I am very proud of her and was always like “You go girl!!!”. Just that last sentence sums up what I thought about her.

The plot was different from what I have been reading. Well, considering that I’ve read the classics anything would be different from that. Except maybe a contemporary novel. Set in the 1800s. But now I’m getting off topic and I need to talk about the plot and why I didn’t like the bullying aspect of this book. Let’s get on that. The plot was, for the most part, very unique and I was invested in it. But 15% of the time I would have to put down the book and think about some things like the bullying aspect.

The bullying aspect was the part where the football team generally acts like they’re kings of the school and entitled to push everyone else around. Especially the “nerds” (aka kids just doing what they’re passionate about). What I didn’t get was why this was just the football team? Why is everyone on that team a bully? Aren’t there other bullies in that school who aren’t on the football team? It was confusing and it annoyed me. I’m glad that I got that out of my head. Now I’m going to do something calming and write about the setting.

The setting was basically a school, a nursing home, and a house. That’s not bad, that’s just where the main character spent most of his time. The school was a typical middle school. Lockers, classrooms, and kids running around. Yay!!! It was very descriptive and I really enjoyed it. I could compare it to my middle school experience. Now, I haven’t been in many nursing homes but I am fairly certain that this was descriptive. And a house. I know that this house was realistic because most of us live in houses. Sorry for that. I couldn’t help it. Maybe I should just continue onto the end of this post now.

As you can see this was a bundle of thoughts on Restart. I know that my Goodreads rating said 4 stars but that isn’t happening. Please remember to fill out my survey. You can find the link on my about page. Thanks for Reading!!! Have a Great Day!!! -Annalee and Buttons 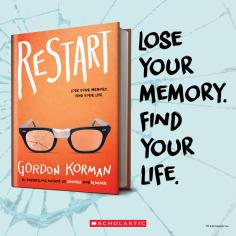 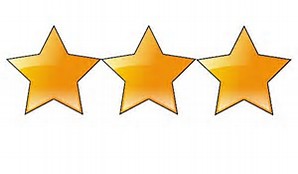